Time /played?: As of writing this, 14days 10hours 39minutes 40seconds. I would like to add that I've played many more countless hours over the years and hope that is taken into consideration.

Current Spec(MS): Unholy DPS - 17-0-54, built around single target but by no means sluggish for aoe

Reportedly the best set of glyphs for use with this spec, what appeals to me about them though is the boost in spell/disease damage (providing higher single and multi-target damage ofcourse) and the utility it provides through powering up my (permenant) ghoul. As for minors, Pest is nice to reduce movement which I see as a large issue for any melee class (time moving is time spent not performing at maximum), Raise Dead/HoW are Convieniance.

Dual Spec:
Second spec is blood, will be updating it shortly after posting, it will be 53/8/10 (Blood tanking spec) Already in making large progress farming gear for tanking and should have it done soon.

Are you willing to respec?:
Yes although I'd really like to focus on DPS as opposed to tanking.

Professions: In progress, currently Mining/JC at 230 and 185 respectively, expect strong progress in this though I've been trying to focus on gear prior to professions (not slacking!)

Do you have Ventrilo:
Yes, though I would need to install the older version (not a problem)

Do you have a working headset/microphone:
Yes

Previous Guilds and why you left them:
Nothing worth mentioning, last guild I left due to complications when my account was stolen, seems the gold farmer on my account pissed some people off.

Previous Raidng Exp: Some progress in classic though I can't prove it, skipped most of TBC due to monetary reasons though I'm familiar with the ending content, Progress in WotLK is as shown on armory + some fails elsewhere due to the typical quality of PuGs (e.g. people standing in deep breaths ._.)

Current Gear(Link to Armory and be in PvE gear!): http://eu.wowarmory.com/character-sheet.xml?r=Dunemaul&cn=Arkhan - Please feel free to question any choice that seems strange to you, as you can see I've completed the rep required for relevant enchants.

A quick note on using Tuskar's Vitality, I'm pretty sure it's the best choice DPS wise because of all the moving we're doing in the later content.

Guild References: Narac, he saw me in VoA25 I came 3rd damagewise and we were sitting around talking in dalaran afterwards.

Comments: I am an active and mature player willing to listen, study strats and put in alot of effort for the sheer love of raiding. I'm hoping to find a 'home' in the guild so to speak and stick with it.

Any comments or questions, feel free to ask!

If narac told you to put up an apply i trust his oppinion.
I vote yes for a trial. But then again i have almost no experience from dks, the other officers will probably have some questions for you. 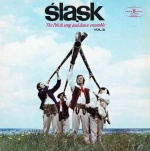 I'll try to answer any questions, even from somebody without much dk knowledge (prehaps it'll show an even better understanding that way) so you're more than welcome to.

Felt like my application was missing a personality so here's a little about myself: I'm currently a student studying ict, product design and physics. I spend most of my free time relaxing on World of Warcraft though don't confuse relaxing with lazyness! Music wise I'm a big metal head (Opeth comes to mind given the board being swedish) but appreciate almost anything. I'm (hopefully) a funny guy though I can easily be serious when I need to be like in this application and should get along with everyone pretty well.

There, that's a brief outline of me I guess.

HI
I could only see your tanking gear on armory but i think narac allready checked that before he asked u to make an apply.
I vote yes for a trial atleast and to see what u are made of

I'll makes sure to leave it in DPS gear when I go off tonight, just been trying to power through the last few peices so the set is done how I want it.

Hello, first of all: Great application.

Ive got a question, how much experience have u got in dps'ing as blood?. As it stands atm our raidteam would benefit most if u joined as blood dps. I also got a brief look at your dps gear and saw some pvp stuff in there but im sure you're working in sorting that out.

Edit: Going by your achievements you also have no experience in icc wich i find a little odd since pugs go there all the time, but with no achi it might be hard to find a grp i guess.


Anywho...yes for a trial but with some hesitations.

I have some experiance in blood though I've been more focussing on unholy, i'll change to blood and run some numbers.